To Xi or Not to Xi 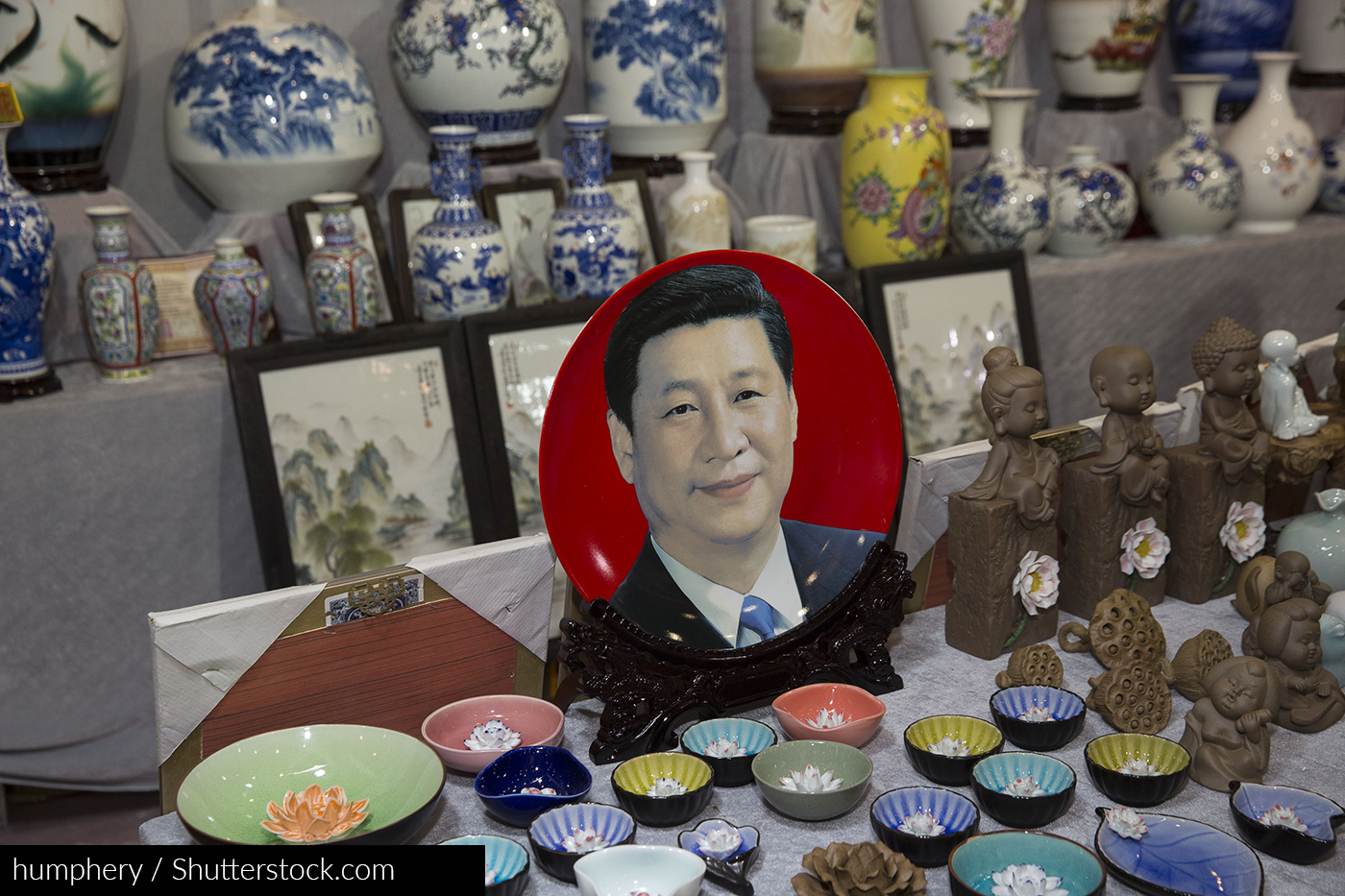 The National People's Congress – a rubber-stamped parliament controlled by China’s ruling Communist Party – recently voted overwhelmingly in favour of a constitutional amendment to abolish presidential term limits, allowing President Xi Jinping to remain in power indefinitely. President Xi has increasingly centralised power throughout his seven years as president, with the latest reforms sparking criticism from pro-democratic groups. While student protesters reportedly began putting up anti-Xi posters in Western universities, much of the criticism generated in response to the amendment has supposedly been heavily censored across China.

The new reforms are significant because, not only do they open up the possibility of a life presidency, but they directly challenge former leader Deng Xiaoping’s initiatives, which brought in the limits as part of a new constitution in 1982. It’s widely perceived that the new constitution was approved in the wake of lessons learnt from the chaos left behind by the failed realisation of the Cultural Revolution. The term limit was brought in to avoid a repeat of the dangers experienced when the concentration of power was in the hands of one supreme lifetime leader, such as Mao Zedong. Those who drafted the constitution highlighted their concerns that if a leader was in power for more than 15 years in a one-party state, then people would begin to fear speaking against them. When Deng prepared to step-down, he had already positioned his successor to take over and establish a norm of three-in-one leadership - identifying the presidency, party leadership and the position of military chairman as the three major leadership roles.

Xi’s consolidation of power is seen as a distinct departure from his predecessor’s (Hu Jintao) collective approach to power. Unlike Hu, Xi is said to have no political equal and exercises absolute personal control over the military. Xi’s official reasoning for the abolishment of the presidential term limit is based on the fact that no such limits exist for the party leader or the military chairman. With no clear successor lined up, the decision to abolish the limit could be seen as an indication of Xi’s plans to become a lifetime leader.

Many have begun to compare President Xi to Chairman Mao; however, another powerful lifetime leader may not be a good thing for China. Mao Zedong’s regime was widely criticised by historians for causing the deaths of hundreds of thousands of people over the course of several decades. While Mao is celebrated as a revolutionary hero for liberating China from imperialism, it is globally acknowledged that some of his failed initiatives caused widespread devastation. By the end of the Cultural Revolution (1966-1976), at least 400,000 people had died, although some historians have claimed the overall death toll may have been as high as three million including rural areas. The Cultural Revolution marked a turning point in Mao’s leadership style, as he switched from an amicable role-model to an increasingly tyrannical dictator motivated by paranoia and a thirst for totalitarian power.

In the aftermath of the Cultural Revolution, Mao’s extreme paranoia fuelled the use of Red Guards to spy on their own friends and family on behalf of the government. Schooling was suspended, and children were trained to turn in anyone heard voicing an opinion against the Communist Party. In many cases, parents were turned in by their own children. Mao’s inability to take criticism stemmed from the Hundred Flowers Campaign launched in 1956 – a failed attempt to encourage citizens to openly express their opinions of the Communist Party. When the campaign began to deliver more criticism than praise, Mao made a complete U-turn, purging all those who spoke out against the party. The 1957 Anti-Rightist Campaign sent critical Communist party officials - who spoke out during the Hundred Flowers Campaign - to jail or labour camps. Xi Jinping’s father, Xi Zhongxun, was one of those party members.

Xi was born to a privileged family as a ‘princeling’ within the first-generation of Mao’s Communist Party. However, his privileged lifestyle was brought to end when Mao purged his own party - sending Xi’s father to jail and publicly disgracing the family. In the following years during the Cultural Revolution, a teenage Xi was sent to the rural bastion of the Communists during the civil war, Yan’an – which called itself the “holy land of the Chinese revolution”. Xi lived in a cave and farmed the fields of the small village he was sent to - which has now become a pilgrimage site for the Communist Party.

Despite his father’s imprisonment, Xi succeeded in joining the Communist Party at the age of 21. After a few years, Xi’s father was effectively pardoned and helped his son rise through the ranks of the Communist Party. Throughout the majority of Xi’s political career, he kept his head down, playing it safe with the goal of promotion in mind. In 2012, when he became the leader of the Communist Party, he was considered a relatively underwhelming but safe choice.

Since coming to power, the assertion of party discipline and a tightening grip on power have become some of the defining features of his rule. The firm stance against corruption brought about some of the most high-profile arrests within the Communist Party during his first term, taking an important step towards returning the party to its fundamental mantra: to be a party of the people. Much like Mao, the sort of personality cult that has ultimately been built up around Xi’s image strives to project a man of the people. Despite global acceptance of Mao’s wrongdoings, ‘historical nihilism’ has become a punishable offence in China as part of Document Number Nine – a communique outlawing seven problematic Western values, including historical nihilism, constitutional democracy, universal values, civil society, neoliberalism, free media, and open criticism of the government. Using legislation designed to preserve the legend of historical revolutionary heroes such as Mao, Xi has also protected his own future as a Chinese hero, enshrining himself in a cloak of immunity.

During Xi’s rule, China’s censorship of the internet has become a political war between the absolute power of the Communist Party and the influence of external states. Many of the world’s leading cyber-tech firms are Chinese, and it is this technological prowess which enables strict monitoring and regulation of Chinese cyberspace. Xi has warned in the past, that the internet should not be allowed to fuel negativity which could be harmful to good governance. Online anonymity is prohibited and violating cyber-laws often results in jail time. In some cases personal insults against the president have provoked punishment. Online posts comparing Xi to Winnie the Pooh were taken down and one man was sentenced to two years in jail for mocking the president as ‘Steamed Bun Xi’. Prior to the Communist Party congress in October 2017, the popular messaging service ‘WhatsApp’ was disrupted by the Chinese government – demonstrating the extensive power of the state to interfere with social media and telecommunications. The powerful surveillance network Xi has built up is reminiscent of Mao’s Cultural Revolution and the use of the Red Guards to spy on citizens.

With recent laws and constitutional reform entrenching Xi’s power, some have begun to call him the ‘Chairman of Everything’. Many other official and unofficial honorific names for Xi circulate Chinese society, and one of his latest accomplishments is to have his guiding philosophy – Xi Jinping Thought on Socialism with Chinese Characteristics for a New Era – added to the Chinese constitution alongside Mao and Deng Xiaoping’s guidelines. The unprecedented centralisation of the president’s institutional power and cultural influence in modern China under Xi Jinping has undeniably placed Xi among the historical ‘greats’ of Chinese history.