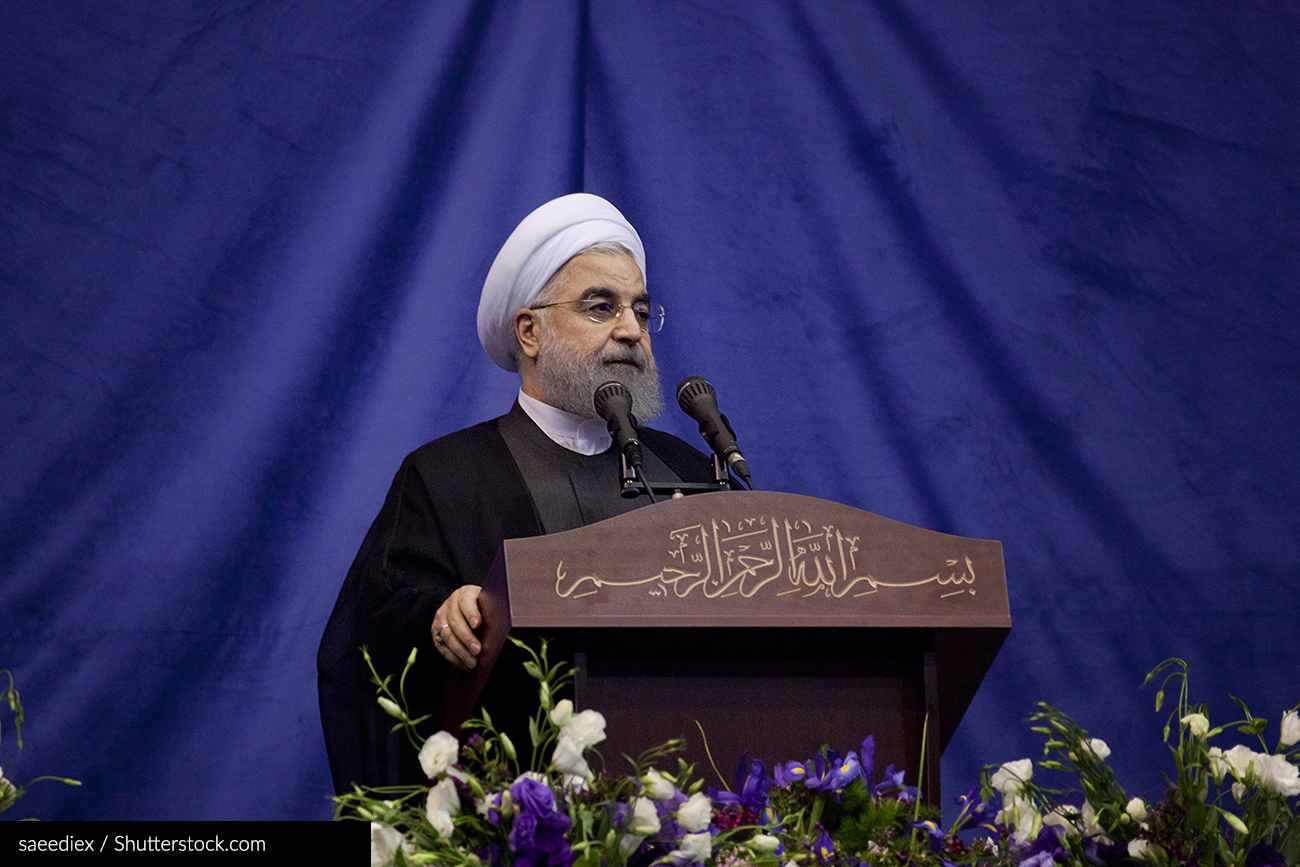 On 28 December protesters gathered in Martyr’s Square in the city of Mashhad to complain about the rising costs of basic goods. Over the course of the next week, anti-government rallies erupted across Iran, with protests recorded in at least 70 cities and towns. At least 22 people were killed in clashes with the Iranian security forces, and hundreds were arrested. The unrest was on a scale not seen since the Green Revolution in 2009 when millions of people took to the streets and dozens were killed in a brutal crackdown.

The recent protests took many people by surprise. The Green Revolution was a political movement that developed in response to the 2009 elections. It had clearly defined political objectives, organisation and figureheads who led the movement. This latest unrest appears to lack all of these drivers, suggesting a wider undercurrent of discontent that combines both socio-economic grievances with anger at the political establishment. The initial protests, including the first event in Mashhad, appeared to be rooted in anger over the state of the Iranian economy. The cost of basic goods has been rising – the price of eggs has risen 40 percent in the last six months – while unemployment is high (above 12 percent), particular for Iran’s youth where one in four are out of work. As the protests spread the tone become more explicitly political. Anti-regime chants and slogans appeared at the rallies, including “Death or Freedom”, “Death to the Dictator” and “Death to Rouhani.”

Iran’s economy has been crippled by years of international sanctions. The nuclear deal agreed in 2015 raised hopes that the situation would improve; however, the subsequent economic benefits have only been realised for the few and not the many, dashing the hopes of ordinary Iranians and fostering resentment against the state. The expected foreign investment has largely failed to materialise and has not been helped by US President Donald Trump threatening to withdraw from the agreement. The recent budget saw cuts to social programmes while spending on foreign conflicts and security continues to increase. Iran is directly or indirectly involved in multiple conflicts across the Middle East: funding Houthi rebels in Yemen; training Shia militias in Iraq; supplying weapons to Hezbollah in Lebanon and Hamas in Gaza and supporting the brutal regime of President Bashar al-Assad in Syria. During the recent unrest, it was clear that the population has become disillusioned with the state’s quest for regional dominance over their Sunni rivals, Saudi Arabia, with people calling on the government to focus on domestic problems instead.

For President Rouhani, who was re-elected only last year, his hands are somewhat tied by the overarching power of the Supreme Leader Ayatollah Khomeini and the Iranian Revolutionary Guard (IRGC). The government does not control all of the economy; the IRGC has multiple legal and illegal enterprises in Iran, while corruption is widespread. Khomeini elects the heads of the judiciary and key ministerial appointments require his approval. This complex political structure leads to factionalism and inhibits the reform and democratic change that the population crave. This was evident in the response to the protests, with Khomeini and the IRGC resorting to their default position: violent oppression, mass arrests, a shutdown of social media and accusing foreign states of orchestrating the unrest. Rouhani has been far more sympathetic to the protesters. “It would be a misrepresentation (of events) and also an insult to Iranian people to say they only had economic demands,” said Rouhani earlier this week. “People had economic, political and social demands.” He added that people should be free to criticize all officials “without exception” and called for detained students to be released.

The protests aren’t going to result in any significant changes in the short-term. Iran’s problems are structural and will take years to address. There are no indications that the core of the state is willing to relinquish power anytime soon, and further outbreaks of unrest will continue to be met with violence and hyperbolic rhetoric. Yet without change resentment and discontent will grow until it can no longer be ignored.