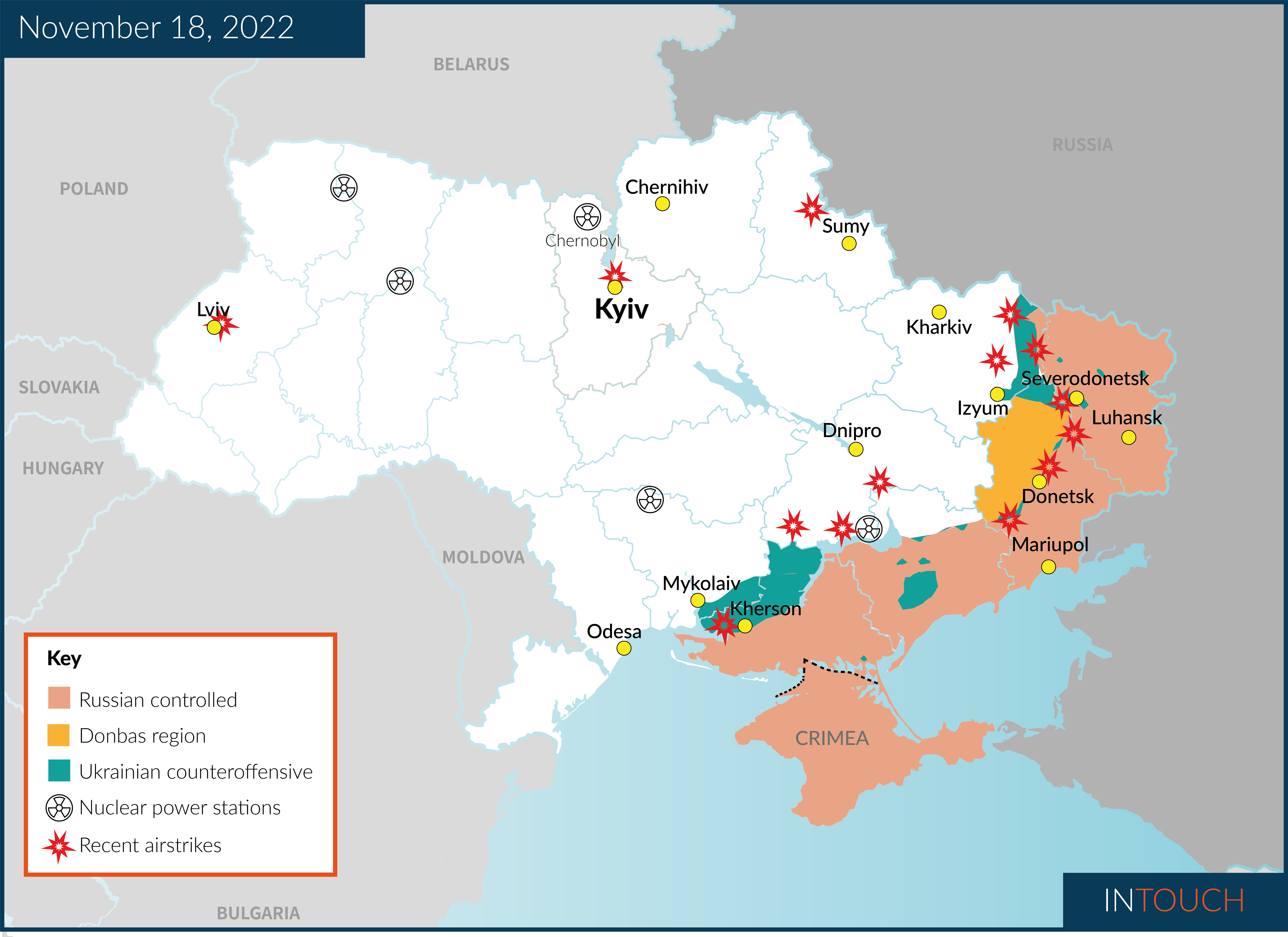 The last week in Ukraine has seen the war there come the closest it’s come yet to taking what would be a majorly severe turn of events: international escalation. A missile strike which killed two Polish civilians in Polish territory on Tuesday immediately drew global concern amid speculation that Russia could have done the unthinkable in striking a NATO member amid its invasion of Ukraine. So far, Moscow has deliberately been intensely careful not to initiate war with NATO, despite the alliance’s expansion into eastern Europe in part motivating Russia’s invasion earlier this year. Such a move on Russia’s part would trigger a wider international conflict – a scenario which many have theorised would effectively turn the war in Ukraine into ‘World War Three’.

The strike landed in western Poland, on a farm in Przewodow, just four miles from Poland's border with Ukraine, and instantly triggered international outcry. The news of a missile blast inside a NATO member’s territory came just hours after a slew of Russian missiles targeted Ukrainian cities, and as world leaders convened in Indonesia for the G20 summit. As Western officials scrambled to confirm the facts, a series of crisis meetings and high-level talks were held, including an impromptu emergency meeting of G7 leaders – all present in Bali - at US President Joe Biden’s hotel, where he then told reporters the missile was unlikely to have been fired by Russia. Moscow denied any involvement, while Poland initially claimed the missile had been Russian-made, before conceding it was ‘highly probable’ the missile had been launched by Ukrainian anti-aircraft defences. "From the information that we and our allies have, it was an S-300 rocket made in the Soviet Union, an old rocket and there is no evidence that it was launched by the Russian side," said Polish President Andrzej Duda.

Following a statement from NATO chief Jens Stoltenberg suggesting Ukraine’s air defence missiles were “most likely to blame”, Ukrainian President Volodymyr Zelenskyy has drawn assessments the missile may have been of Ukrainian origin into question, by insisting Kyiv was not to blame. Among the Ukrainian cities hit by Russian missiles on Tuesday includes the western city of Lviv, located near the Ukraine-Poland border south of Przewodow. It has also been confirmed that Ukrainian air defence systems were activated on Tuesday in response to what is believed to have been Russia’s biggest wave of missile strikes since the war began. While Stoltenberg agreed with Poland’s assessment that the incident was probably an unfortunate accident caused by Ukrainian air defence, he also stated that Russia still bore “ultimate responsibility”.

Other recent major developments include the withdrawal of Russian forces from the southern city of Kherson, which had, until recently, spent months under Russian occupation. In the last week, reports have emerged of Ukrainian authorities finding dozens of civilian bodies bearing signs of torture near the recently liberated city, while others in the city have told tales of so-called ‘torture chambers’ and an estimated 700 people still remain unaccounted for – feared dead or illegally evacuated. The developments have re-ignited accusations of Russian war crimes, although Moscow has persisted with its position of denying atrocities.

The city of Kherson was the first and only regional capital to be captured by Moscow and Russia’s loss of control west of the Dnieper River has been seen as a major blow to its war effort, coming weeks after Russian forces lost swathes of ground in the north-eastern Kharkiv region. The pulling out of Russian troops from Kherson has prompted a broader question to emerge: Has Moscow’s invasion of Ukraine failed? The answer, almost inevitably, remains locked in peace talks, the possibility of which has been reopened. Kyiv has signalled it would be willing to return to the negotiating table, with Zelenskyy laying out a 10-point peace plan including nuclear safety guarantees, Russian troop withdrawals, and reparations – a list Moscow has called “unrealistic and inadequate”. While Russia claims Ukraine is effectively refusing to engage in realistic talks, it’s clear that any tangible results will require both sides to break through decades of conflict and tension to come to a mutual agreement, a mammoth diplomatic undertaking, which will never happen overnight. Until then, the conflict looks set to continue to simmer through the coming winter months.