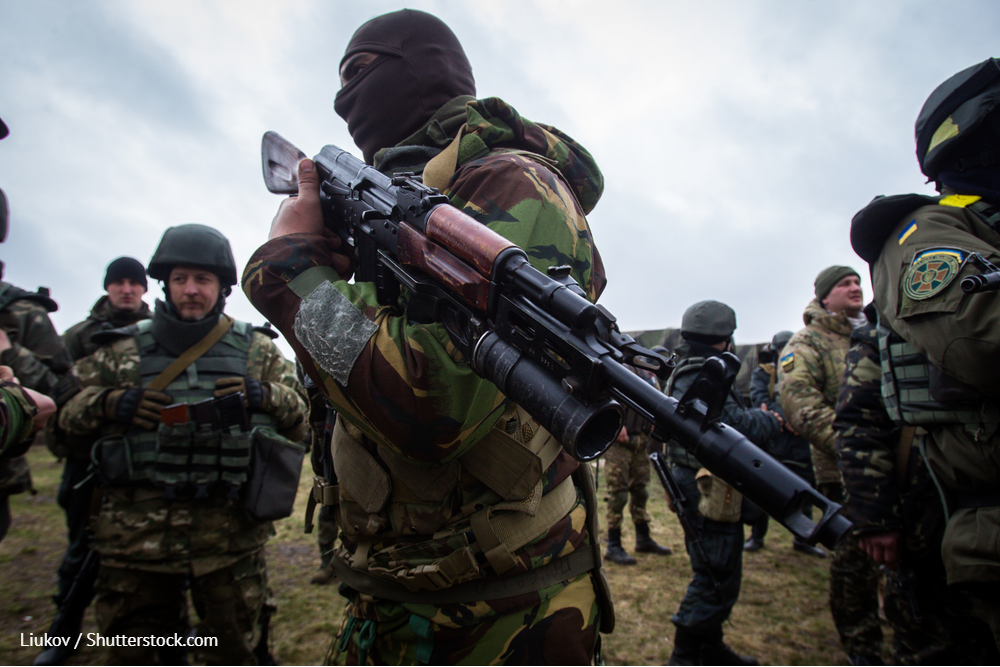 Russia - The country is set to face a new political era, with extensive political reforms expected to be introduced. President Vladimir Putin has already announced the introduction of presidential term limits while granting more political power to parliament. 2020 started with the surprise resignation of Prime Minister Dmitry Medvedev, who was replaced by Mikhail Mishustin. However, the opposition and some members of the international community are sceptical of President Putin’s intentions. Despite some of the measures already being launched, some claim that President Putin is preparing a power grab to remain in control of Russian politics after he leaves in 2024. Despite being considered independent, Putin has long been associated with several political parties, including United Russia. It is still to be seen what the new political reforms will bring to Russia or if they are only cosmetic.

Meanwhile, Russia will play a major role in the current negotiations to end the current conflict in eastern Ukraine. As the country seeks the relaxation of sanctions by the EU and the US, President Putin has already pledged to engage in talks. Despite some initial progress in discussion under the Normandy Format brokered by France and Germany, there are still a number of issues that remain uncertain regarding peace in the region. A comprehensive agreement between both countries is still to be reached. However, Ukraine’s President Volodymyr Zelenskiy has been making some important concessions, which include plans to grant special status to the Donbass region. The disengagement of troops has already started in the towns of Petrivske and Zolote, while there is still some uncertainty over the future of the talks. Previous concerns have addressed the fragility of the ceasefire in the region and the willingness of the Russian government to pressure separatist militants to halt hostilities.

Spain/Italy - Both Spain and Italy enter 2020 facing major uncertainty. Spain’s Prime Minister Pedro Sanchez has recently been inaugurated after months of political stalemate. Sanchez’s Socialist Party of Spain (PSOE) finally reached a deal with the left-wing Unidas Podemos to form a government. The deal came after the right-wing Vox achieved strong results in the general elections held in October 2019. The current administration also relied on the abstention of some minor parties, including some Catalonian separatists. Sanchez’s government has already suffered a slight setback as the current political situation in Catalonia may compromise his position in power. He had recently announced to postpone a dialogue with Catalan leaders after the region’s premier, Quim Torra, confirmed plans to hold snap regional elections. Torra is the head of the Together for Catalonia (JxCAT) and had recently been stripped of his political rights following a Supreme Court ruling. Concerns escalated after the Catalonian Parliament Speaker Roger Torrent decided to adhere to the court’s decision. The move caused tension in the relations between the pro-independentist JxCAT and Torrent’s separatist Catalan Republican Left (ERC).

In Italy, the fragile and unusual coalition between the anti-establishment 5 Star Movement (M5S) and the centre-left Democratic Party (PD) could lead to further uncertainty due to the strong results of the far-right Lega. The M5S has recently faced a number of defections after some lawmakers chose to join Matteo Salvini’s Lega. Salvini was part of the previous government with the M5S but withdrew its support after clashes with M5S’s former leader Luigi di Maio. After pushing for another general election, Salvini was sidelined from the government when the M5S made the surprising decision to join forces with the PD. However, their political dominance relies on a very slim majority in parliament. Salvini’s Lega continues to make gains in the regional elections, leading to heavy losses in historic PD strongholds. Lega has been victorious in most regional votes held in 2019. In many regions, Lega joined forces with other centre-right parties to launch a common candidate, leading to the end of PD’s dominance in Sardinia, Basilicata, Piedmont, Umbria and Abruzzo. Despite massive losses in 2019, PD started 2020 with mixed results. The party secured its historic seat in Emilia Romagna, but failed to hold the leadership in Calabria, where the candidate of Silvio Berlusconi’s Forza Italia was victorious. PD is now preparing to wage an intense political battle in the upcoming regional elections in May. In total, six regions will face regional polls, with four of them currently under PD control – Apulia, Campania, Marche and Tuscany.

France - Nationwide strikes over President Emmanuel Macron's pension reforms have been responsible for widespread disruption throughout France in recent months. Almost two months after the first 'national day of protest' saw hundreds of thousands bring public transport in France to a virtual standstill, the protest movement is starting to lose momentum. Recent protests have failed to have quite the same effect, with transport services running on a semi-normal schedule this week despite three days of planned protests.

Turnout for the weekly demonstrations has gradually fallen since the beginning of the strike, highlighting that the 'powerful trade unions' in France perhaps aren't so influential as previously thought. Although polls show that most oppose Macron's reforms and support the strikes, turnout has dropped in recent weeks as teachers, doctors, lawyers, and air traffic controllers are beginning to return to work with strikes now largely concentrating on the Paris metro and bus network and the national rail system. One of the reasons for the fall in turnout is down to unions not having large funds to support strike action, meaning workers have to accept a significant financial sacrifice to join the walkouts.

Despite the decline in participation in the private-sector, recent small-scale demonstrations have been effective, for example, when energy workers cut off power to a major supermarket in suburban Paris earlier this month. Macron's government has persevered in adopting a strategic hard-line approach towards strikes, offering a few key concessions (such as exempting police from reforms) but not addressing the more left-wing unions which represent millions of members. With the reforms due to be implemented over the coming weeks, there is still time for the public-sector to reinvigorate the movement. With municipal elections due in March, momentum for the strikes could pick up again and impactful small-scale demonstrations could last for weeks, possibly months.

UK-EU - As January draws to a close, so does the UK’s time in the EU. Brexit day is finally upon us and as of 01 February, the UK will no longer be a member of the EU and the 11-month transition period will get underway. Over the next year, the British government, led by PM Boris Johnson, will focus on re-establishing and redefining international trade agreements and partnerships. Britain and the EU will also have to decide what dynamic post-Brexit UK-EU relations will take: whether to ‘stay friends’ and retain close ties through some kind of ‘special relationship’, similar to that of the UK and the US; or whether to tone down relations post-break-up.

In a first step towards a new partnership between the EU and the UK, MEPs recently voted to ratify the Brexit Withdrawal Agreement following an emotional debate in Brussels, with several British MEPs stating they hoped the UK would one day return to the EU. As the EU bid its farewell to British MEPs, there was a sense of hope that the UK and the EU’s future relationship could remain a close one. The President of the EU Parliament, David Sassoli, said that he hoped the EU and the UK will both be able to recognise that “there is more that unites us than divides us” (…) “You are leaving the EU but you will always be part of Europe… It is very hard to say goodbye. That is why, like my colleagues, I will say arrivederci”.

With the UK insisting talks shouldn’t extend beyond 21 December 2020, the 11-month transition period leaves a relatively tight timeframe for the two sides to negotiate their future relationship. During this time, the UK will continue to follow EU rules – meaning trade, travel, and freedom of movement will remain unchanged until next year; however, the UK will now be allowed to hold formal trade negotiations with other countries, such as the US and Australia. Trade talks are expected to get underway in early March and the nature of the economic relationship between the UK and EU is likely to be one of the more major talking points over the coming months, as agreeing a new UK-EU trade deal will be a top priority in order to avoid trade barriers after 2020. Any trade deals reached won’t be able to start until the transition period ends. From the EU's prospective, it appears there is motivation to build a new partnership based on friendly co-operation and mutual interests, while the UK will be keen to remove political and economic uncertainties which could threaten a resurrection of the Scottish independence movement.

With the departure of one of the EU’s most powerful member states, the internal dynamic of the institution will change significantly. Germany and France will be the two main powerhouses in the EU, followed by Italy. Despite concerns that the two powerhouses could clash without the UK acting as a buffer, it’s more likely that the remaining EU members will commit to improving the institution. Progress to address concerns raised by Eurosceptics in the bloc is expected to be made in an effort to avoid other countries following the UK in leaving the union. For British travellers, the existing red passports will still be valid and will not need to be replaced. The new passports are due to be phased in over the next few months, with the aim for all new passports to be issued in blue by mid-2020.