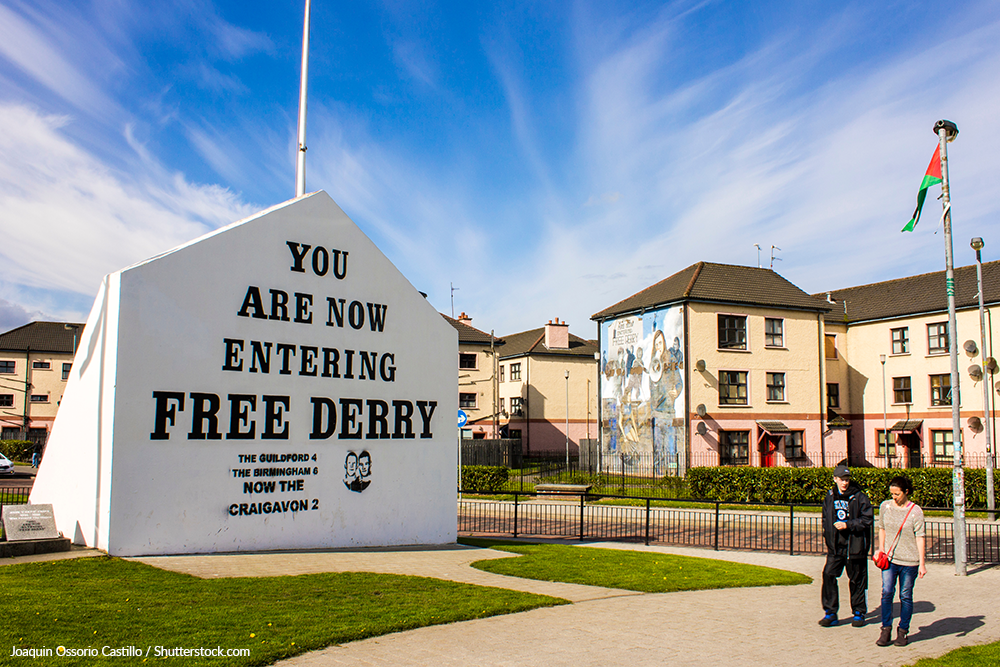 The death of 29-year-old journalist Lyra McKee has reignited the debate on dissident-related violence in Northern Ireland. McKee was killed while covering violent riots in Londonderry, which broke out after police raids in the city’s Creggan neighbourhood. McKee was shot while standing near a police vehicle and succumbed to her wounds after being taken to the city’s hospital. After the incident, Police Service Northern Ireland (PSNI) released CCTV footage that led to the detention of three people under the Terrorism Act. The so-called New IRA has admitted responsibility and apologised for the incident. McKee’s death generated outrage in Northern Ireland and sparked fears over the stability of the Good Friday Agreement signed in 1998.

Various Republican dissident groups that splintered from the Provisional IRA or the Real IRA have been responsible for a number of attacks across Northern Ireland. In recent months, several low-level attacks have been reported, while paramilitary-style shootings and intimidation sporadically occur in some neighbourhoods. Despite some groups, such as the Oglaigh na hEireann, calling for a ceasefire this year, some offshoot dissidents such as the New IRA have increased their activities. However, the real threat posed by the New IRA and dissident violence remains a source of much debate. John Boyle, the mayor of Derry City and Strabane, said: “Those whose republican philosophy may run counter to that of Sinn Féin, are in the minority in this city. We shouldn’t overestimate their strength”. On the other side, PSNI Assisting Chief Constable Alan Todd referred to the New IRA as a “small but dangerous group of individuals”.

The dissident threat in Northern Ireland remains of significant concern to the UK government. As part of counter-terrorism efforts, the MI5 puts a large portion of its budget towards security against dissident attacks in Northern Ireland. Karen Bradley, the Secretary of State for Northern Ireland said in a statement to the UK Parliament that “violent dissident republican terrorists operate in relatively small, disparate groupings. (…) Although there has been a reduction in the overall number of national security attacks in recent years, vigilance in the face of this continuing threat remains essential”. According to the UK government, the threat of Northern Irish-related terrorism in the UK is ‘moderate’, the second lowest on a five-point scale. In Northern Ireland, the threat level increases to ‘severe’, the second highest. The threat level in Northern Ireland - set by the Joint Terrorism Analysis Centre and the Security Service (MI5) – remains unchanged since it was first published in 2010.

The New IRA has been responsible for a number of attacks on the security forces and the group was linked to the killing of PC Ronan Kerr near Omagh back in 2011. They also killed prison officers David Black in 2012 and Adrian Ismay in 2016. While the group is engaged in launching attacks mostly involving pipe bombs and incendiary artefacts, some are sceptical over their overall capability of launching large-scale and sophisticated bomb attacks such as those carried out by their predecessors. Additionally, the group is believed to be involved in organised criminal activities in Belfast and Dublin, such as turf wars against criminal syndicates that they choose to extort. Prior to the shooting that killed McKee, the group was accused of targeting vehicle recovery companies that work in close cooperation with the PSNI. Last week, several vehicles were targeted, while a number of other businesses were also reportedly threatened for working with the police.

As the social-political situation in Northern Ireland becomes more volatile, scepticism over the strength of the Good Friday Agreement appears to be increasing. This sentiment is evident through the emergence of new groups and political parties, such as the Saorash and the Republican Sinn Fein, which are sceptical over what Sinn Fein has achieved so far. The party is one of the oldest political movements in both Northern Ireland and Ireland and in recent decades they have sought to distance themselves from the image of being the political arm of the Provisional IRA. Gerry Adams, Sinn Fein’s long-time leader, recently stepped down after 35 years in charge.

Political tensions in Northern Ireland continue since talks of a power-sharing agreement between the governing parties, Sinn Fein and the Democratic Unionist Party (DUP), collapsed in 2017. Uncertainty has also been caused by the potential of a hard-border between the Republic of Ireland and the UK ahead of the stalled Brexit negotiations with the EU. In a sign of reconciliation, McKee’s Catholic family chose to hold her funeral in the Protestant St Anne’s Cathedral in Belfast. Father Martin Magill made strong assertions during the ceremony, challenging political figures. He argued: "Why does it take the death of a 29-year-old woman with her whole life in front of her to get to this point?" Besides the presence of political leaders from Northern Ireland, the ceremony was attended by UK Prime Minister Theresa May, Irish PM Leo Varadkar and Ireland’s President Michael Higgins.

McKee’s death has further tainted the image and reputation of the New IRA across the island of Ireland. The group apologised after admitting responsibility for her death. In a statement released to The Irish Times, the New IRA said: “Following an incursion on the Creggan by heavily armed British crown forces which provoked rioting, the IRA deployed our volunteers to engage. We have instructed our volunteers to take the utmost care in future when engaging the enemy and put in place measures to help ensure this. In the course of attacking the enemy, Lyra McKee was tragically killed while standing beside enemy forces. The IRA offer our full and sincere apologies to the partner, family and friends of Lyra McKee for her death”. Government officials and the opposition condemned the attacks, but more significantly ‘Not in Our Name, RIP Lyra’ was spray-painted on Free Derry Corner, a symbol that the people of Derry don’t want to go back to the dark days of the past.