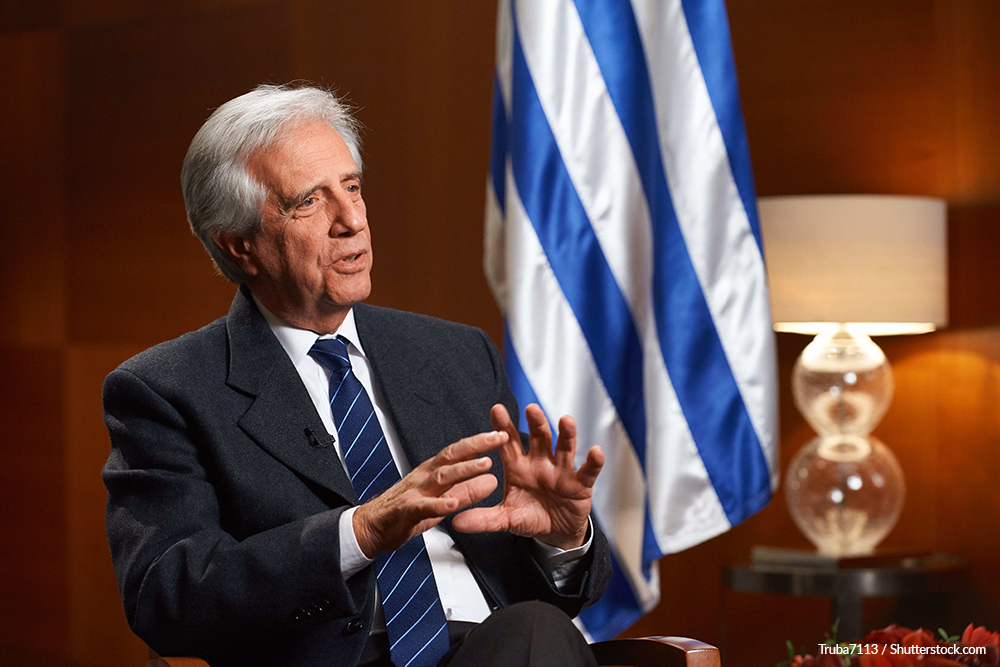 The relationship between Uruguay’s presidency and the military has suffered a recent blow after President Tabare Vazquez sacked Defence Minister Jorge Menendez and several high-level military officials. The current political shockwave affecting the outgoing presidency regards a high-profile dictatorship-era case being trialled at a special military ‘court of honour’. President Vazquez has accused members of the military board of committing to a vow of silence after they failed to disclose details surrounding the confession of former Major Colonel Jose Nino Gavazzo’s crimes during the civil-military regime.

After the death of Defence Minister Eleuterio Fernandez Huidoboro in 2016, his successor, Jorge Menendez, submitted a case to the military’s court of honour regarding alleged human rights violations. The case implicated five former military officials accused of involvement in the infamous scandal known as the ‘segundo vuelo’ (second flight) where 22 people were kidnapped and flown by the Uruguayan Air Force from Buenos Aires to Montevideo. Among the accused was Gavazzo, who back then the head of the Defence and Information Service (SID). The case was uncovered back in 2002, after journalistic investigations from La Republica. However, the trial uncovered another case from 1973. Just at the beginning of a civil-military ruling initially headed by President Juan Maria Bordaberry, a militant of the urban leftist guerrilla Tupamaros National Liberation Movement (MLN-T) was reported missing. Roberto Gomensoro was arrested and later killed after being thrown in the Negro River in central Uruguay. A colonel at the time, Juan Carlos Gomez, was wrongly charged for Gomensoro’s death and was released in 2013 after serving nearly four years in prison. Gavazzo assumed full responsibility for Gomensoro’s killing in court. Alongside Gavazzo, another colonel on trial was Jorge ‘Pajarito’ Silveira, who also acknowledged a number of crimes. Although Gavazzo confessed to his crimes, the court cleared him and concluded that his actions did not taint the military’s honour.

The details of the trial popularly known as the ‘Gavazzo case’ were released following another journalistic investigation from the newspaper El Observador. A number of documents were released highlighting Gavazzo’s confession. President Vazquez blamed officials of the court of honour for not disclosing the admittance of guilty to the presidency, while Uruguay’s Attorney General has also said that reports were not submitted to the justice ministry. As a result, President Vazquez ordered the immediate resignation of Defence Minister Melendez, Deputy Minister Daniel Montiel and several high-ranking generals for the alleged cover up. Among those sacked is Army Commander Jose Gonzalez, who was nominated to the post after his predecessor, Guido Manini Rios, was removed for long-standing grievances with President Vazquez. Guido has previously criticised the government for handling cases involving the military in Uruguay and had been previously arrested for his fierce criticism, especially towards the country’s judicial system. Gonzalez stepped down just two weeks after being nominated. In total, seven out of 15 members of Uruguay’s Chief of Staff have been removed in less than a month.

The Gavazzo case has generated mixed reactions in the Uruguayan political sphere. Although it was targeted by the Independent, National and Colorado opposition parties, President Vazquez’s move was praised by some, including the influential Mothers and Family of Missing Uruguayan Prisoners, which called on the government to be more diligent in nominating a new Army commander. President Vazquez’s Broad Front (FA) coalition party also fully supported his decision while the party prepares to face its primaries in late-June, with the party’s two front-runners backing the outgoing president. Former Mayor of Montevideo Daniel Martinez leads the FA polls followed by former Energy Minister Carolina Cosse. Meanwhile, in the National Party’s race, Senator Luis Lacalle Pou leads opinion polls as Senator Jorge Larranaga comes in second. For the Colorado Party, former President Julio Maria Sanguetti is expected to be its candidate. After being removed from office, Guido Manini Rios announced his presidential bid for the Cabildo Abierto Party. Pou, Larranaga and Sanguetti all praised the dismissals to some extent, although they emphasize President Vazquez’s political responsibility.

It is still unclear what effect the case may have on the electoral campaign of the ruling FA coalition and President Vazquez – who will not run for office due to constitutional term limits. The case has highlighted long-criticised procedures and a lack of military cooperation in trials linked to human rights violations reported during the 12-year dictatorial period, where thousands of political prisoners were held, dozens killed, and hundreds more are still missing. President Vazquez claimed during an interview that “for the first time the vow of silence has been broken”. The Gavazzo case may be key to unlocking the doors to higher levels of scrutiny, allowing more thorough investigations into dictatorship-era crimes in Uruguay and, possibly, across Latin America.