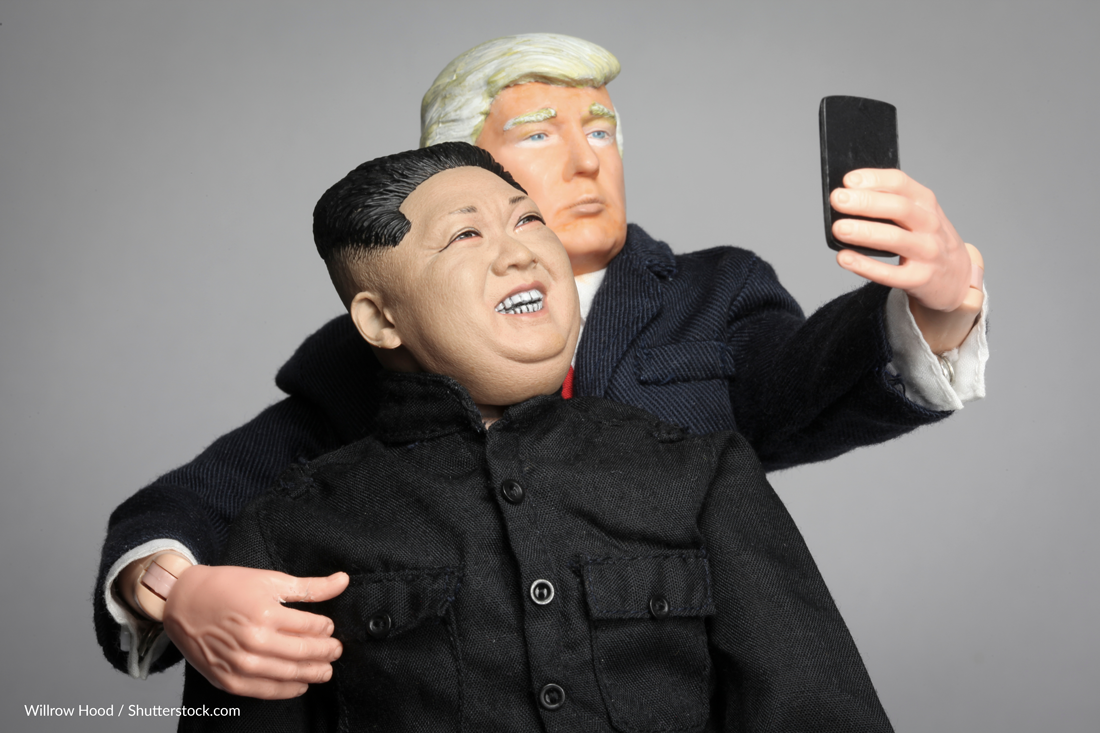 The sticking point this year was sanctions. Kim was allegedly asking for a total relief of sanctions but was not offering enough in return. Kim offered to dismantle the Yongbyon complex - a development and testing facility at the heart of North Korea's nuclear programme - but wanted all sanctions on North Korea lifted in their entirety in exchange, prompting Trump to reject the offer. In a press conference after the summit, Trump stated that a number of options had been discussed, but that none of them would have been a good deal. "Sometimes you have to walk, and this was one of those times", said Trump. It’s implied the North Korean delegation were surprised by what the US knew when Trump enquired after the possibility of dismantling an additional nuclear facility along with Yongbyon. A joint agreement signing had been pencilled in for Thursday according to a White House programme, along with a working lunch; however, both events were cancelled as the leaders decided to call a day on negotiations. Although no deal was struck, the pair appear to have strengthened their working relationship, with Kim promising he would continue not to test nuclear weapons or long-range missiles. No third summit has been arranged, although the possibility of one taking place at a later stage has not been taken off the table. US Secretary of State Mike Pompeo stated that both sides had resolved to continue and that he was still optimistic, despite ambiguous warnings made by Kim during his 2019 New Year’s speech regarding sanctions on North Korea.

During the speech, Kim implied that if the US did not lift sanctions and continued to put economic pressure on North Korea, they would consider alternative courses of action to achieving peace on the Korean peninsula, whilst defending the country’s sovereignty. Many have taken this as North Korea reminding the US of their friendship with neighbouring China. It’s unlikely Kim will turn to China at this stage though, as the US still holds leverage with sanctions in place and it remains in the interests of the US and South Korea to stay in the picture, but not by playing all their cards at once. South Korea in particular has a vested interest in developments between North Korea and the US, having played a mediating role in arranging both summits. Trump stated that he would talk with South Korean President Moon Jae-in via the phone from Air Force One to discuss the situation. President Moon has been an enthusiastic supporter of opening up a dialogue between the two leaders, with the idea of working towards rapprochement and the denuclearisation of the Korean peninsula. The South Korean government released a statement on Thursday acknowledging that the failure to reach an agreement was indeed disappointing but noted that progress had still been made. The sudden end to the summit may slow the momentum behind further talks, and it’s thought the lifting of UN sanctions could have assisted the development of closer links between the two Koreas; however, South Korea can now go ahead with planned cross-border road and rail projects with the reassurance of a more stable security environment. Moon released a statement saying Kim and Trump had successfully "expanded the scope and depth of their understanding", with discussions over sanctions relief highlighting substantial progress.

Last year’s summit was criticised as purely rhetoric and for not producing much of substance, despite leading to the destruction of a number of nuclear facilities in North Korea. The Hanoi summit was expected to build on the progress made during the 2018 Singapore summit - which produced the Singapore Declaration: a vaguely-worded agreement, with both leaders agreeing to "work towards denuclearisation". The declaration was optimistic but didn’t provide much detail, as it was never made clear precisely how both countries would work towards denuclearisation or what this meant. Although the exact agenda of the two-day talks remained unknown, the pair were expected to discuss possible ways to denuclearise the Korean peninsula.

The summit was held in Vietnam largely because it maintains diplomatic relations with both the US and North Korea, making it a suitable country to play host. It’s believed the US could also uphold its relationship with Vietnam as an example of two countries putting a war and other past grievances behind them. Vietnam has emerged as one of Asia’s fastest growing economies in recent years and also shares some similar ideological values with North Korea, with both being communist countries. “Vietnam is thriving like few places on earth. North Korea would be the same, and very quickly, if it would denuclearize”, said Trump in a Tweet ahead of the summit. Vietnam is essentially seen as a potential model for North Korea should it choose to come out of isolation. Kim is due to pay a 'goodwill' visit to Vietnam as part of the trip, during which it’s thought Kim may dedicate some time to looking at the country’s industry and commerce. North Korea has remained under tight sanctions for breaking international law which stipulates that no new countries may become a nuclear state. Having built up its nuclear arsenal to flout international consensus on the non-proliferation of nuclear weapons, North Korea is now looking for a way to remove itself from sanctions which restrict it from trading or interacting normally with the wider world. The US administration has made it clear that North Korea should be prepared to sacrifice much of its nuclear programme before any sanctions are lifted. Washington wants Pyongyang to ultimately dismantle its nuclear programme but Trump stated before the summit that he is in no rush to press for immediate denuclearisation, saying “as long as there’s no testing, we’re happy”.  It’s thought the US was also considering asking North Korea to provide a full list of its nuclear arsenal – something North Korea has never been willing to do. Washington previously held a firmer stance on the topic, insisting North Korea would have to unilaterally give up its nuclear weapons if sanctions were to be relieved; however, it’s possible a compromise could be made half-way, with a limited set of sanctions lifted in exchange for the demolition of some major nuclear sites.