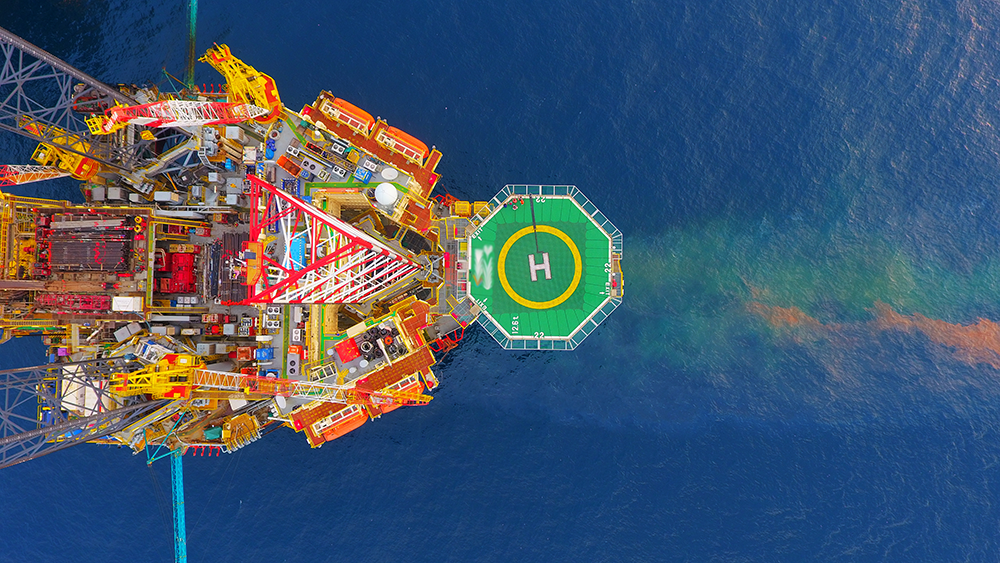 The US-based oil giant Exxon Mobil has announced that new oil discoveries have been made in the notorious Stabroek Block off northern Guyana. A dozen wells have been already discovered in the area, which spans 26,800 square kilometres in the Caribbean Sea. Exxon Mobil is leading exploration efforts, but other players also hold stakes, including the Chinese firm CNOOC, Hess Guyana Exploration and the French-based Total. Overall, the Stabroek Block is believed to hold more than five billion barrels of crude oil, with production expected to surpass 750,000 barrels per day until 2025. As drilling operations continue and further oil wells may be discovered, Guyana is currently facing a number of future challenges as the country is on track to become Latin America’s largest oil producer.

Historically, the country has passed through decades of political turmoil since it gained independence from the UK in 1966. A long-standing era of ethnic disputes continues to influence politics and increase tensions within the highly-fragmented political landscape of Guyana. Since the early years of colonisation, Guyana has been under the control of several European powers before finally becoming a British colony in 1814. After decades of ethnic-based political division, a multi-ethnical movement emerged in a bid to bring together both Afro-Guyanese and Indo-Guyanese people, two of the country’s dominant ethnic groups. The emergence of the Alliance for Change (AFC) threatened the historical political dominance of traditional parties such as the People’s National Congress (PNP) and the People’s Progressive Party (PPP). In 2015, David Granger was elected president after a narrow victory with a coalition between the AFC and A Partnership for National Unity (APNU).

Since taking office, President Granger has been facing increasing pressure from the opposition over his approach to the post-oil future in Guyana.  In mid-December 2018, parliament passed a no-confidence motion on his government. The vote was triggered following fierce criticism from the PPP opposition - led by former President Ronald Ramotar - over concessions granted to Exxon Mobil for oil exploration. The ruling APNU-AFC coalition has long-claimed that the new deal is a revamped and improved version of earlier agreements brokered back in 2012 during the previous Ramotar administration. Although the ruling coalition holds 33 seats in the 65-seat National Assembly, an APNU-AFC member broke party lines and chose to side with the opposition. Charandas Persaud, a Guyanese-Canadian member of parliament, promptly fled to Canada after being expelled from his party and reportedly received threats. Persaud’s vote against the ruling coalition generated political shockwaves in Guyana, forcing the country’s Supreme Court to call for early-elections despite Granger still having two years left in office. Elections were previously due to be held in March, but the Guyana Electoral Commission (GECOM) said the vote could not be held earlier than July due to logistical issues. The GECOM said that Guyana needs to urgently update the voters’ list to avoid irregularities in the process.

Besides a turbulent situation in the Guyanese political sphere, the country still faces many social challenges. According to the UN Development Programme (UNDP), the country records one of the lowest numbers in the Human Development Index in the Americas and the Western Hemisphere. In the 1980s, Guyana faced a deep economic crisis after a wave of nationalisation prevented bringing foreign investment into the country. Food shortages, increasing consumer prices and frequent blackouts resulted in a crisis. However, after an intervention from the International Monetary Fund (IMF), in recent decades there have been considerable improvements reported in the Guyanese economy following a series of long-needed reforms to curb public spending and tackle hampering levels of debt. Although recent IMF assessments in Guyana look favourable, the country still has a long road ahead. In the latest IMF country report published in mid-2018, it shows that over a third of the country’s 782,000 inhabitants live under the poverty line – this report being on data from 2006. Guyana’s main exports are in the agricultural and mining sectors, such as rice, gold and bauxite. The oil sector still lacks infrastructure and preparation ahead of the expected boom in oil production in 2020. Meanwhile, the government seeks to push for trade, environmental and social reforms.

Since the off-shore gas and oil reserves were discovered, the government launched plans to introduce constitutional reforms; however, these are expected to be slow-moving. In June 2018, the World Bank approved the so-called Development Policy Credit aimed at supporting the country’s financial sector and fiscal management. Up to $35m in funds were approved as part of the project, which has been considered critical to the introduction of reforms in Guyana. In the social and economic sector, the Caribbean Development Bank (CDB) have also launched a project to assist local authorities in becoming more independent from the central government and boosting social policies. Additionally, in late-2017, Guyana’s application was approved to join the Extractive Industries Transparency Initiative (EITI), a global body which seeks to “promote transparency and accountability in the oil, gas and mining sectors” in order to boost economic sustainability and socio-economic development.

As well as a number of domestic challenges, Guyana has been engaged in a historical territorial dispute with Venezuela. The dispute is regarding the Essequibo region, which comprises nearly two thirds of Guyanese territory. Despite an arbitration court ruling in favour of Guyana back in 1899, Venezuela has contested the ruling for many years. Guyana and Venezuela are currently engaged in a dispute within the International Court of Justice (ICJ) and Venezuela still has until April 2019 to counter the case. As the neighbouring country is engulfed in political turmoil, Guyana continues to closely watch how the Venezuelan crisis unfolds. On previous occasions, the Venezuelan Navy has been accused of intercepting vessels around the Stabroek Block. In December 2018, two vessels carrying out seismic surveys on behalf of Exxon Mobil were intercepted for allegedly violating Venezuelan sovereign waters.

With several domestic and international challenges ahead, one of the largest oil discoveries in decades will certainly have a significant impact on the future of Guyana and its people. Guyana’s post-oil era will be the dominant political subject in years to come. Among concerns to be addressed, amid this large influx of revenue from natural resources, will be political corruption, environmental policies and inequality.  It will up to the current and upcoming administrations not to turn this blessing into a curse.