The Battle for Black Gold 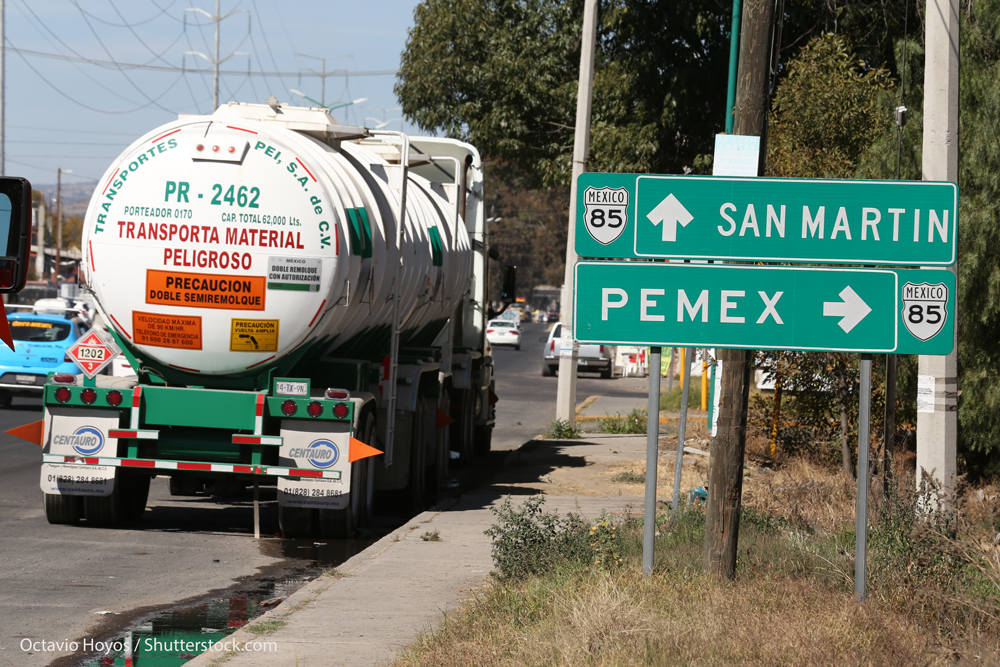 Mexico has been facing widespread fuel shortages for several weeks. Thousands of drivers have been forced to queue across Mexico City and major state capitals as more and more petrol stations run dry. The shortages are being caused by the recent complete overhaul of the country’s fuel distribution system, which was introduced as an attempt by President Andres Manuel Lopez Obrador (AMLO) to tackle fuel theft in the country. It is estimated that Mexico lost as much as three billion dollars to illegal fuel tapping in 2018. The state-owned Petroleros Mexicanos (PEMEX) has been badly affected by the losses and in recent months joined forces with the new administration to tackle the huachicoleros – people engaged in collecting and reselling fuel acquired from clandestine taps. Fuel theft in Mexico is mostly prevalent in the so-called ‘Red Triangle’, a large terrain in central Mexico where oil pipelines are targeted with fuel taps and criminal groups target fuel transportation lorries. The Triangulo Rojo is mostly comprised of several rural communities and towns in the state of Puebla, on the outskirts of Mexico City. Alongside the recurrence of fuel theft in this region, other criminal activities are also on the rise.

According to PEMEX, nearly 15,000 clandestine fuel taps were identified nationwide. It is reported that most of them are spread across eight out of Mexico’s 31 states. They include Veracruz, Hidalgo, Puebla, Guanajuato, Jalisco, Estado de Mexico and Tamaulipas. Fuel theft in Mexico has been a common practice since the government of President Vicente Fox and has continued to spread until President Enrique Pena Nieto was replaced last December. In the first weeks of his government, President AMLO called for a crackdown and for the cooperation of all state governments. At the centre of the fuel theft crisis are powerful cartels, such as the Jalisco New Generation Cartel (CJNG) and Los Zetas, which alongside rival criminal groups have extended their operations into this lucrative business. Competition between these various groups also leads to conflict, with cartels already fighting each other for control of people and drug trafficking routes. President AMLO has previously stated that a crackdown on corruption was necessary in Mexico and PEMEX officials were not immune. Several PEMEX officials have been accused of colluding with criminal groups, while high levels of corruption have engulfed the company for several decades.

With the rise of groups engaged in fuel theft, risks to the general public have also increase. Besides major pipeline routes attracting the expansion of criminal cartels and contributing to violent shootings, poorly secured pipelines represent increasing risks to civilians. Last week, nearly 100 people were killed when hundreds of people were collecting fuel from a leaking pipeline near the town of Tlahuelilpan, Hidalgo. It is still unclear what caused the explosion, while the government acknowledged that the military and the police failed in their attempts to disperse the crowds. Accidents involving pipelines occasionally occur in Mexico and often lead to a high-number of casualties. President AMLO said that surveillance around strategic pipelines in central Mexico will now be carried out around the clock. He reiterated that more than 8,000 soldiers and federal police officers are currently deployed to monitor nearly a dozen pipelines across Estado de Mexico, Michoacán, Hidalgo, Jalisco and Puebla.

In late-December, President AMLO launched his National Plan Against Fuel Theft in Mexico. President AMLO criticised previous administrations for allowing widespread levels of corruption within PEMEX. The new plan aims to join forces with state government and federal agencies to monitor the country’s fuel distribution system. Among the main approaches to the problem is to monitor where the money procured from fuel theft is spent. According to the Financial Intelligence Unit (UIF), more than $527m has already been laundered, while it is believed that numbers may reach over two billion dollars.

During the Pena Nieto administration, his government attempted to tackle corruption in PEMEX by opening the struggling Mexican energy sector to foreign investment. However, his successor has barred the practice over claims that it would threaten the country’s sovereignty. He previously vowed to funnel more than $400m to invest in major oil projects and to modernise Mexico’s oil refineries and ports, while also honouring previous contracts with companies in the private sector. President AMLO has increasing challenges ahead as he is pressured to reduce levels of criminality in Mexico, where in 2018, more than 33,000 people were killed – the highest number ever recorded. With his plans to launch a 50,000-strong National Guard being approved, his government is under scrutiny over his next steps to curb the influence of organised crime and corruption. Although fuel theft in Mexico has become a serious issue, AMLO has been given the chance to rescue and reform the stagnant PEMEX, deemed by many to be one of Mexico’s most valuable national treasures.