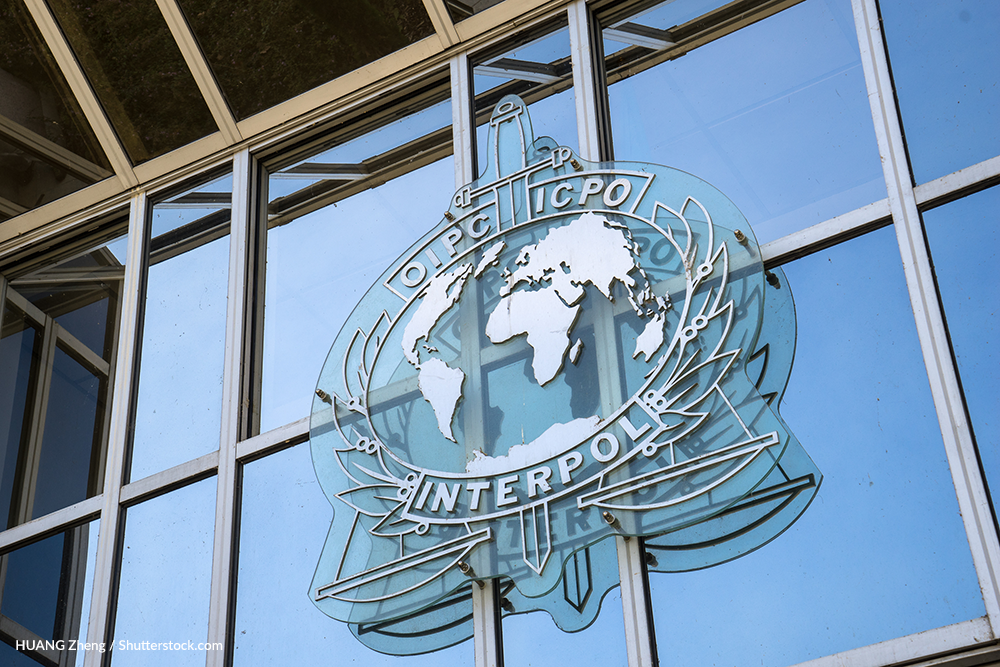 The International Criminal Police Organization, often referred to as Interpol, found itself at the centre of a political storm this week. Member states headed to Dubai to attend the 87th General Assembly, where the organisation approved the membership of Kiribati and Vanuatu, two tiny islands located in the Pacific. Despite also agreeing on several draft agreements to extend police cooperation in the Sahel and with the African Union, diplomatic tensions dominated the session.

Among the topics discussed at this year’s General Assembly was the election of a new president. Although day-to-day operations are mainly carried out by Interpol’s secretary general, Juergen Stock, the role still holds significant status within the organisation. New elections were supposed to be carried out in 2020, but the vote had to be brought forward after Interpol’s President Meng Hongwei handed in his resignation last October. Hongwei was reported missing earlier this year after taking a plane from France – where the Interpol HQ is located – to his home country, China, where he is the Vice-President of the Public Security Ministry. His wife raised concerns over his disappearance before China’s Public Security Ministry announced that Hongwei had been detained as part of an investigation into bribery.

Hongwei’s disappearance and sudden arrest caught the attention of both the French government and Interpol, which was forced to replace him with an acting president, South Korea’s Kim Jong-Yang. The election of the new president further strained tensions between the US and the EU with Russia. Alexander Prokopchuk, a senior member of the Russian interior ministry and one of Interpol’s vice-presidents, was the main contender to replace Hongwei. Prokopchuk has been labelled as a close ally of Russian President Vladimir Putin, and he has been accused of using his position in the organisation to promote the Kremlin’s political agenda. This includes the alleged misuse of the so-called ‘Red Notice System’, which allow member countries to issue international arrest warrants against wanted criminals. The system has been under severe scrutiny in recent years after several governments were accused of using it to persecute opposition members and dissidents. Prokopchuk’s lead was short-lived. After intense western-backed lobbying and concerns from US senators, member states supported the nomination of Jong-Yang. Jong-Yang eventually won the race, sparking criticism from the Russian government over political influence in the electoral process.

Although Prokopchuk’s defeat was seen as a political blow to Russia, one of Moscow’s allies – Serbia - received a major boost.  Although two countries were allowed to join the organisation, a third state, Kosovo, failed to achieve the necessary threshold to have its membership approved. Of 135 countries that voted, Kosovo did not convince two-thirds of them to accept its membership. Among the votes, 68 members voted in favour, while 51 voted against and 16 abstained (Kosovo also failed to join the organisation in 2015 and 2016). Most of the resistance came from Serbia and Russia, who do not recognise Kosovo’s independence, which was declared in 2008. Kosovo’s defeat came amid concerns over the Red Notice System, which critics said could be used against Serbian officials. On the other side, Kosovo claimed that the decision could negatively impact the fight against organised crime. However, the issue of Kosovo being prevented from joining international bodies is not limited to Interpol. The country has been facing strong resistance in its bid to join the UN – again blocked by Russia in the Security Council – while its aspirations to become an EU member are still on hold. Five EU members do not recognize Kosovo’s sovereignty, while the conditions to join the block are highly dependent on negotiations with Serbia.

Serbia and Kosovo have been engaged in long-standing negotiations in Brussels. Among many of the options available to put an end to the dispute includes the potential partitioning of Kosovan territory along ethnic lines. Kosovo is widely populated by ethnic Albanians, but a large Serbian community is a majority in the north. Serbia’s President Aleksandar Vucic previously announced that he may offer a compromise on the matter, which could result in a land swap deal. The deal would give Serbia control of parts of the northern Serbian-majority Mitrovica district while granting Kosovo the strategic Presevo Valley in southern Serbia. Critics claim that a potential partitioning of territory would reignite the ethnic tensions which led to the bloody wars in the Balkans back in the 1990s. The deal would also impact neighbouring countries – Macedonia, Montenegro and Bosnia – who are also engaged in border disputes.

A solution to the regional dispute might be mutually beneficial to both Kosovo and Serbia and could pave the way to future EU membership for both countries. However, tensions between them remain high since negotiations broke down in September and deteriorated further in early-November when Kosovo announced a 10-per cent tariff on Serbian products and imports. Although both states are willing to negotiate a potential compromise, Kosovo’s failed Interpol bid has led to the further escalation of diplomatic tensions. Just after the vote was held, the government announced the implementation of renewed tariffs on Serbian and Bosnian imports – ranging from 10 to 100 per cent. EU’s Representative for Foreign Affairs, Federica Mogherini – who chairs the negotiations between President Vucic and his Kosovan counterpart, Hashim Thaci – raised concerns over the potential implication on regional trade within the EU-backed Central European Free Trade Agreement (CEFTA). Slow-moving negotiations are likely to continue in the foreseeable future as several differences, including issues over the UN Mission in Kosovo (UNMIK) mandate and attempts to create a national army in Kosovo, still generate friction between Belgrade, Pristina and the international community.