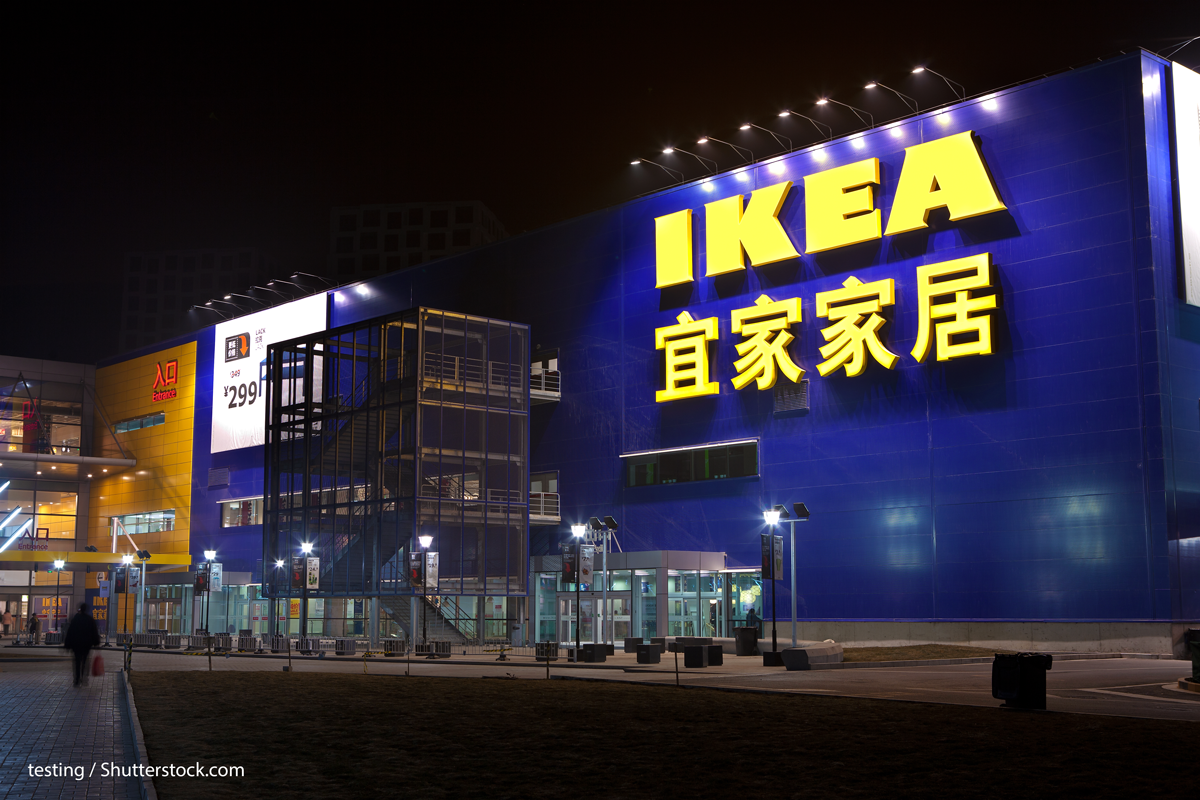 What started out as a Chinese family of three going on holiday to Stockholm, has spiralled into a full-blown diplomatic spat between a global superpower and a small European country. Despite Sweden being granted a special meeting with Chairman Mao Zedong as the first Western country to officially establish diplomatic relations with China in 1950, relations have since soured amid a series of small disputes.

The row was sparked by the refusal of a hostel to allow a family of three Chinese tourists to stay in the lobby until their room was ready. The Zeng family had arrived overnight, hours before their scheduled check-in the next day, causing a complication at the hostel check-in desk. While the family wanted to wait in the hostel lobby overnight, hostel staff stated they could not let them stay without a valid booking. Ultimately, the police were called and had to forcibly remove the mother-father-son trio from the premises.

A video of the Zengs being forcibly removed has surfaced on Chinese social media: the police are seen looking on at a woman allegedly crying ‘help’ in Chinese, while her son exclaims ‘this is killing’ in English. The Chinese government condemned the actions of the police, while there have been mixed reactions from Chinese social media users, with some criticising Swedish police for being overly harsh, while others defended them, suggesting the Zengs were being overly dramatic. Speaking to the press afterwards, Zeng claimed he broke down when the hostel refused to accommodate his elderly parents, who allegedly suffer from unspecified health issues. The hostel manager claims the three booked their room for the wrong day and refused to leave after being made aware of their mistake. The police were called sometime after midnight when verbal threats were reportedly made, sparking concern for the safety of hostel staff and other guests.

The Chinese embassy in Sweden has demanded an apology from the Swedish government over the video, claiming the police actions were a “brutal mistreatment” which ‘violated basic human rights of Chinese citizens’. Having rejected requests from China to investigate the incident, the Swedish Public Prosecution Office stated it had already been decided that the police had not committed any criminal offences during the incident, and as a result, no further investigations would be carried out. At no point in the video footage are the police officers seen to be aggressive or ‘brutal’; however, the Zengs repeatedly throw themselves to the ground and wail profusely – leading the Chinese government to suggest the three tourists were clearly distraught and treated poorly by the Swedish authorities.

The situation was then worsened by a sketch by satirical Swedish TV show ‘Svenska Nyheter’, which aired a clip of footage from the incident, mocking the family’s response to being thrown out of the hostel. The TV show also made racist jokes based on banal stereotypes of Asian people, such as eating dogs. The skit was titled ‘Sinophobia is not OK’ and billed itself as a guide for Chinese tourists to avoid culture clashes abroad, warning tourists not to mistake pet dogs as lunch and to avoid defecating in public. A portion of the sketch was dubbed over in Chinese Mandarin and uploaded to the Chinese equivalent of YouTube, Youku. The video quickly went viral on China’s main social media site, Weibo, where it earnt itself a trending hashtag. Many users took the sketch as an insult to China, sparking calls to boycott Swedish brands such as IKEA, H&M, and Volvo. Some Swedish users have also criticised the sketch as an embarrassment, suggesting that it gives Sweden a bad reputation abroad.

Beijing accused the show of vulgarity, claiming it was discriminatory, prejudiced, and provocative. Sweden’s national public TV broadcaster SVT said the comedy show only intended to provide satirical and humorous commentary on current affairs. SVT entertainment chief Thomas Hall addressed the issue, claiming the comedy behind the satirical sketch would have been evident to a Swedish audience, and that the sketch was actually a misguided attempt to highlight Sinophobia. Hall went on to state that the broadcasting company was sorry for the misunderstanding, and that the decision to publishing the content on Youku, “was a mistake, as the entirety of our message and ambition was then lost… we recognise that this may have been an insult, for which we are truly sorry”. Nevertheless, the show was strongly condemned by China’s foreign ministry spokesperson Geng Shuang, who called the programme a gross insult and vicious attack on the country and its people. The Chinese embassy rejected Hall’s apology, claiming it intentionally evaded the point. Beijing has responded by issuing a travel warning, advising its citizens of potential hate crime against Chinese nationals in Sweden.

Though unusual for a diplomatic feud to emerge from a seemingly inconsequential situation, tensions have been brewing between the two countries for a while now. Other underlying causes of friction include a visit to Sweden by the Dalai Lama (a Tibetan Buddhist leader seen as a figure of separatism by the Chinese authorities), allegations of Chinese interference in Swedish elections, and the ongoing dispute over the detention of book publisher Gui Minhai – a China-born Swedish citizen who published a number of books commenting on Chinese politics and leadership. Beijing has reportedly denied that the current row is related to the Dalai Lama’s visit earlier this month, while the Chinese embassy in Sweden released a statement refuting claims the Chinese government had interfered with the September elections – despite no evidence of any such meddling rumours circulating in Sweden. The statement discredited the alleged claims as being fabricated out of ‘speculation’ and ‘hidden agenda’, with no factual evidence.

The case of Gui Minhai is slightly more complicated, in that it dates back to late 2015 when he went missing in a series of incidents which became known as the ‘Causeway Bay Books disappearances’. After several months, the Chinese government confirmed Gui was being held in custody, releasing what many have dismissed as a forced confession. In the tape, Gui seemingly admits to travelling back to mainland China and surrendering to the authorities before giving up protection as a Swedish citizen; however, many suspect Gui was actually detained in Hong Kong and was forced to cooperate. Beijing suggested reports of his kidnapping from Hong Kong were fabricated by Swedish human rights groups who alleged that the publishers were victims of a crackdown on dissent against China’s ruling Communist Party, although the official explanation was that Gui was being held for “illegal business operations”. Despite being released in October 2017, Gui went missing again just four months later, when he was taken into custody again. It’s alleged that Gui was travelling on a train from Ningbo to Beijing, accompanied by two Swedish diplomats, when he was seized by the Chinese authorities in January 2018. Sweden has claimed Gui was en route to Beijing for a medical visit; however, another tape was released by the Chinese authorities, in which Gui admits the Swedish authorities were trying to get him out of China and denounces Swedish politicians for supposedly using him as a ‘chess piece’. The tape is widely thought to be another forced confession, designed to undermine the Swedish narrative on the situation. Gui currently remains in custody, despite calls for his release from Sweden and human rights groups. Beijing has criticised these calls as “rude and unreasonable interference in China’s judicial sovereignty”. Should initiatives to pressure the Chinese government for his release intensify, the Sino-Swedish relationship is likely to suffer further, as China doesn’t appear to be willing to negotiate on the matter.

Speculation has also surfaced that China’s somewhat over-the-top response to the situation is part of a strategy to discredit Swedish commentary on internal Chinese affairs, such as in the Gui Minhai case. It’s also been suggested that a propaganda strategy could fit into a wider agenda to undermine European or Western criticism of the Chinese government – potentially including China’s ongoing trade war with fellow superpower, the US. How China chooses to handle the current debacle could be telling of its approach towards the rest of Europe and the wider Western world.