A Brief History of Terrorism 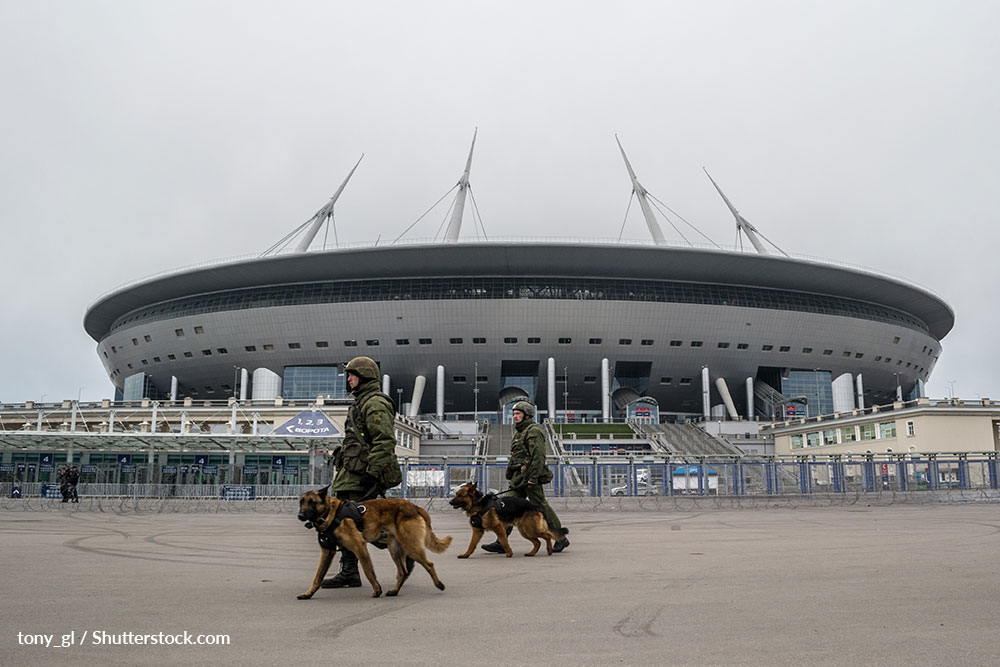 Throughout the lead up to the FIFA 2018 World Cup, concerns have been raised over the security situation in the country hosting the tournament. A number of terror-related incidents have been reported from various parts of Russia so far this year – some of which have been connected to Islamist terrorism. Both the UK FCO and the US government have identified a high risk of terrorist attack in Russia – partially due to Russia’s military involvement in the conflict in Syria. The North Caucasus area, including Chechnya and Mount Elbrus, has been particularly highlighted as a risk-prone region to which unnecessary travel should be avoided due to Islamist militants fighting for a regional political entity based on Sharia law. Previous terrorist attacks have targeted major cities as well, including Moscow and St Petersburg, with high casualty figures. In April last year, 15 people were killed in a suicide bomb attack on the St Petersburg metro. Multiple terror plots have been disrupted by the Russian security forces within the last year – most of which targeted public transport and crowded public places. Various militant groups associated with Islamic State (IS) have also called for attacks in Russia, hoping to inspire ‘lone wolf’ attacks.

In February earlier this year, at least five people were killed when a gunman attacked an Orthodox church in Kizlyar, Dagestan. IS claimed responsibility for the attack – which was followed by another IS-claimed attack in Grozny, Chechnya, just three months later, in which three people were killed when gunmen attacked the Archangel Michael Orthodox Church. In response to such attacks, the Russian security services have been carrying out regular counter-terror operations across the country. Earlier this month, 11 terror suspects were arrested in Krasnoyarsk, where the suspects were believed to be recruiting for IS. Two suspected terrorists were shot dead during a raid last month in the Stavropol area, while in April, a further four terror suspects were killed in a similar operation in Dagestan. That same month, an IS cell was dismantled in Rostov, where the group was allegedly planning an attack. Three suspects were arrested, while the leader of the group killed himself by detonating an explosive device.

Security concerns were also raised after Russian Ultras issued a series of violent threats to English football fans in April. The threats were made on social media, warning English fans that they would be ‘handing themselves a death sentence’ if they attended the tournament. Further comments included threatening to ‘unleash hell on the English’. The threats came shortly after FIFA announced that they had absolute faith that Russia could provide adequate protection for foreign fans. The suitability of the location of the World Cup was brought into question after the UK called Russia out for suspected involvement in the Salisbury nerve agent attack - leading to the biggest collective expulsions of Russian diplomats in history. At the time, the UK FCO issued a travel warning update advising English fans to anticipate a hostile reception upon arrival. Throughout the lead-up to the World Cup, FIFA has continued attempts to reassure fans, with their head of security, Helmut Spahn, recently stating that Russia was “very, very well” prepared to deal with terrorism or hooliganism.

Some 30,000 security personnel are to be deployed across the capital city of Moscow as the tournament kicks off and entire squadrons of fighter jets will be on standby just outside of the capital. In Kaliningrad alone, a naval destroyer, two frigates, four corvettes, two anti-terror speed boats, air defence systems, and tanks will be stationed at the ready to respond to any serious security threat. Having spent approximately £2.25bn ($3bn) on security for the Sochi Winter Olympics in 2014, the security costs for the World Cup four years later across a dozen venues are expected to be dramatically higher. Despite the heavy security measures being put in place across Russia, some have claimed that the threat of terrorism is, unfortunately, becoming an increasingly commonplace feature of all modern sporting events. Spahn suggested that similar security precautions would be required anywhere else, as the terror threat would be just as high if the tournament were to take place in England, France, or Germany. However, many fans have likened the violent threats issued by Russian hooligans to terrorism, as groups like IS frequently issue threats identifying potential targets for terrorist attacks. Prevention methods have been designed to minimise the risk of violent organised hooligan attacks, with thorough security checks in place. Fan IDs will enable close monitoring of all attendees, allowing the Russian security services to prevent known hooligan ringleaders and other persons of interest from getting close to the stadiums.

Like terrorist groups, Russian Ultras are well organised and trained. For this reason, one of the biggest security concerns facing the World Cup is the threat of ‘lone wolf’ attacks – which are typically harder to anticipate and intercept. While potential hooligans could be tracked through background checks (which have already denied almost 500 potential troublemakers entry), individuals with terrorist intent may be harder to identify as they may have been influenced by a call to action and have no existing extremist network to trace them through. IS has been using propaganda on social media to encourage would-be terrorists to carry out ‘lone wolf’ attacks during the tournament. Russian jihadis returning from fighting in Iraq and Syria also pose a threat. It’s estimated that by 2017, some 3,417 Russian nationals had travelled to Iraq and Syria to fight with IS, while only a few hundred had returned. As IS continues to lose ground in the Middle East, the number of fighters returning is expected to go up – many of whom would have been targeted in Russian military operations against IS in Syria. The Russian government has prepared itself to identify and apprehend the majority of returning jihadis using facial recognition and surveillance. These measures should make it extremely difficult for terrorists to obtain the equipment and weapons necessary to carry out a high-profile attack with high casualty figures. However, the few returning fighters who manage to fly under the Russian government’s radar are considered highly likely to use skills learned in Syria to carry out violent low-intensity terror attacks.