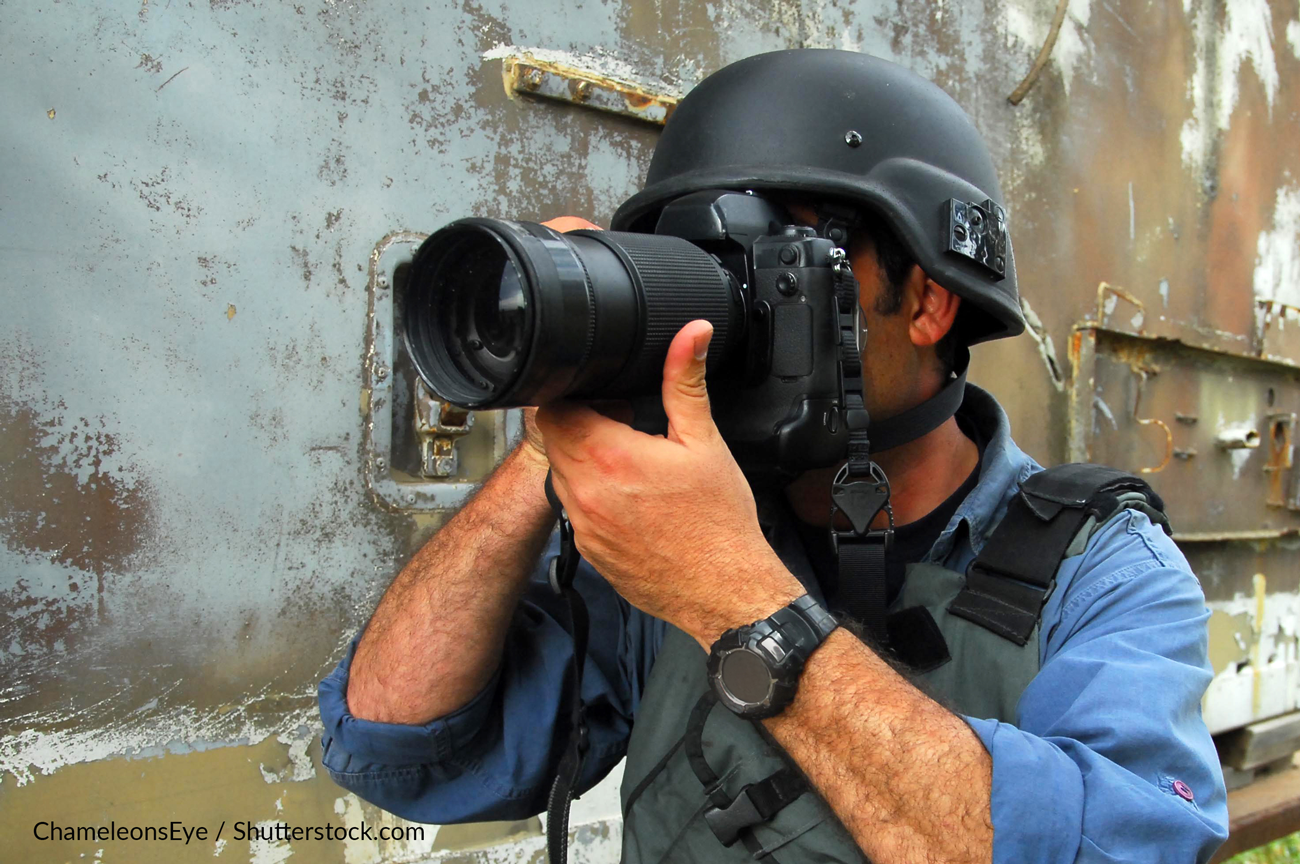 Afghanistan was ranked the third most dangerous country in the world for journalists by Reporters without Borders in 2017. Within the first four months of 2018, at least 11 journalist deaths have already been confirmed – setting journalists in Afghanistan up for another deadly year. According to figures released by the UN, 14 journalists were killed in conflict-related incidents last year.

The recent double suicide bombing in Kabul reportedly killed nine journalists – making it one of the highest death tolls for journalists in a single event. One of those journalists was a prominent photographer from Agence France-Presse (AFP) – which claimed that the second of the two explosions targeted the group of reporters who had gathered following the first blast. However, the Islamic State (IS) claimed the attack via its self-styled news outlet, Amaq, stating its intended target of the attack was supposed to be the intelligence services headquarters. Other reports claim a suicide bomber disguised as a TV cameraman detonated the second bomb. The bombings occurred in the Sashdarak district of central Kabul, in close proximity to the high-security ‘Green Zone’ where most government and foreign embassy offices are based. As many as 25 people were killed overall and some 45 others were wounded. Human Rights Watch described the bombing as “an attack on freedom of expression”, noting that the use of a disguise to assume civilian status in an attack targeting civilians and journalists should be considered a war crime.

The attack took place on Monday 30 April and was followed by a second deadly attack targeting a journalist in a normally safe area of the Khost province. Just hours after the suicide bombing in Kabul, a BBC Pashto journalist, Ahmad Shah, was shot dead by unidentified gunmen in Khost city. Shah was the fifth BBC staff member to be killed in Afghanistan since the civil war in the 1990s. The two attacks have made 30 April the deadliest day in history for media in Afghanistan.

A third major incident was also reported in the southern Kandahar province on the same day, where another suicide bomb attack killed 11 children and wounded five Romanian NATO soldiers, nine civilians, and two police officers. It’s believed the Taliban – who have a large presence in Kandahar - were behind the bombing. The attack in Khost remains unclaimed, although the Taliban denied any involvement in Shah’s killing. The incidents come less than a week after the Taliban launched their Spring Offensive – the same day another journalist was shot dead by unidentified assailants in Kandahar city.

While journalistic practice in Afghanistan has been heralded by the UN for progressing toward being more free and open, the cost of such freedom is often borne by the journalists themselves. Dozens of journalists face threats of death, harassment, intimidation, and physical assault. Journalism in a conflict-torn country such as Afghanistan not only puts reporters directly in the line of fire, but also paints a target on journalists’ backs. Just a day after the Kabul attack, the Islamic State (IS) threatened further attacks in a statement on the group's radio station based in the Nangarhar province. The threat demonstrates how openly journalists are targeted by militant groups, with little-to-no ramifications. Ahmad Shah’s close friend and fellow journalist, Faridullah Zaher, reportedly told the BBC that Shah had always tried to write neutrally in a bid to stay safe, as writing controversial articles could attract unwanted attention.

In a statement released on World Press Freedom Day by the Secretary-General’s Special Representative for Afghanistan and head of the UN Assistance Mission in Afghanistan (UNAMA), Tadamichi Yamamoto, the UN reiterated its commitment to safeguarding journalists against the increasingly violent threats they face every day, calling on judiciary systems to strengthen laws protecting media freedom. “The United Nations has a commitment to defend Afghanistan’s free press, and we will do all in our power to support free media (…) so the media can operate safely in an environment where crimes against them will be addressed swiftly and effectively”, said Yamamoto.

The issue of journalists increasingly coming under fire extends further than just Afghanistan. The threat is a global problem, with the director of the Committee to Protect Journalists (CPJ), Joel Simon, stating that the bombing in Kabul “was an attack on the global media”, as five of the nine journalists killed worked for international media outlets. The International Federation of Journalists has reported that the total number of journalists killed worldwide so far this year now rests at 32 – approximately 33 percent more than between the same period of 2017.

The rising fatality figures also sit alongside a shift in motives behind attacks. A trend has emerged in which more and more journalists are being explicitly targeted rather than being caught in crossfire. Noticeably, this change has coincided with the rise of the Islamic State (IS) across the Middle East and parts of Asia. Afghanistan had the second-highest number of journalist deaths in 2017, with Mexico being the deadliest country for journalists with 13 cases reported. Despite the goals of attackers being different in Mexico to Afghanistan, the trend of suppressing free media is rising globally, and the methods used to silence journalists are largely similar – whether that be fatal attacks or imprisonment. A spokesperson from the CPJ noted that groups often hire attackers to avoid the repercussions, as the actual instigators aren’t brought to justice. As a result, criminals are increasingly evading the judicial systems, making it essential that journalists revise their own personal security measures to safeguard themselves.