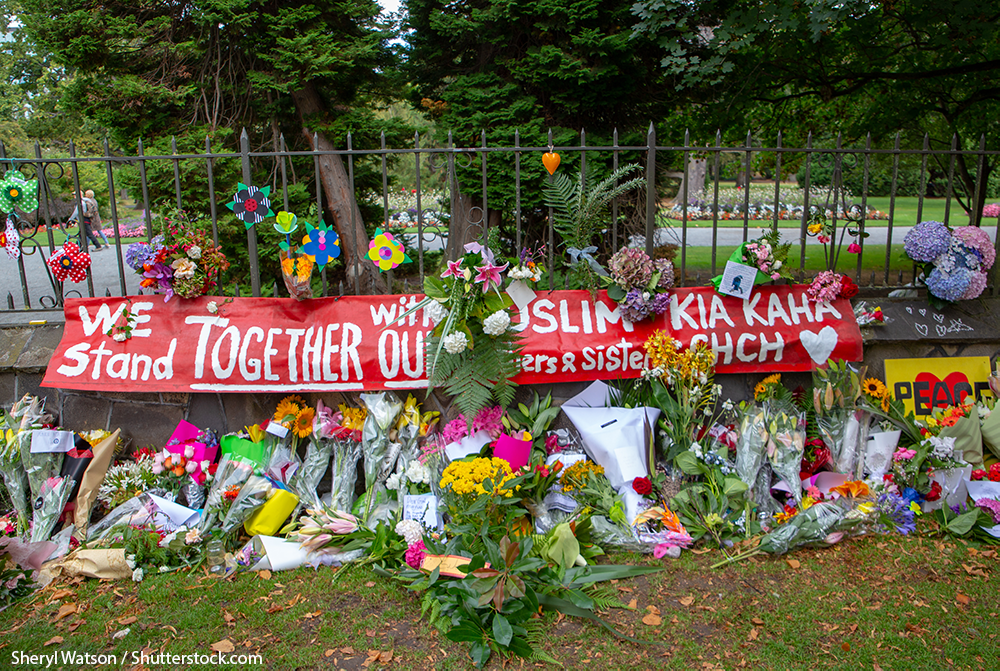 Last week, fifty people were killed in a mass shooting at two mosques in Christchurch, New Zealand. The incident has been described as a terrorist attack on the Muslim community, motivated by alt-right ideology. The attack in Christchurch has sparked a series of debates on Islamophobia, gun law reform, and the distribution of extremist propaganda via news outlets and social media sites.

A state of emergency has been declared in Christchurch as former tropical cyclone Gita hits the country. The heavy wind and rain has caused widespread flooding, disrupting local infrastructure and transport services. Six other districts have also declared a state of emergency as almost 200 schools shut and state highways close. All Air New Zealand flights in and out of Wellington were grounded on Tuesday due to winds of up to 150km/h (90mph). Those in low-lying areas were advised to evacuate due to the extremely high risk of flooding. The armed forces were also deployed to areas expected to be worst hit by the storm.