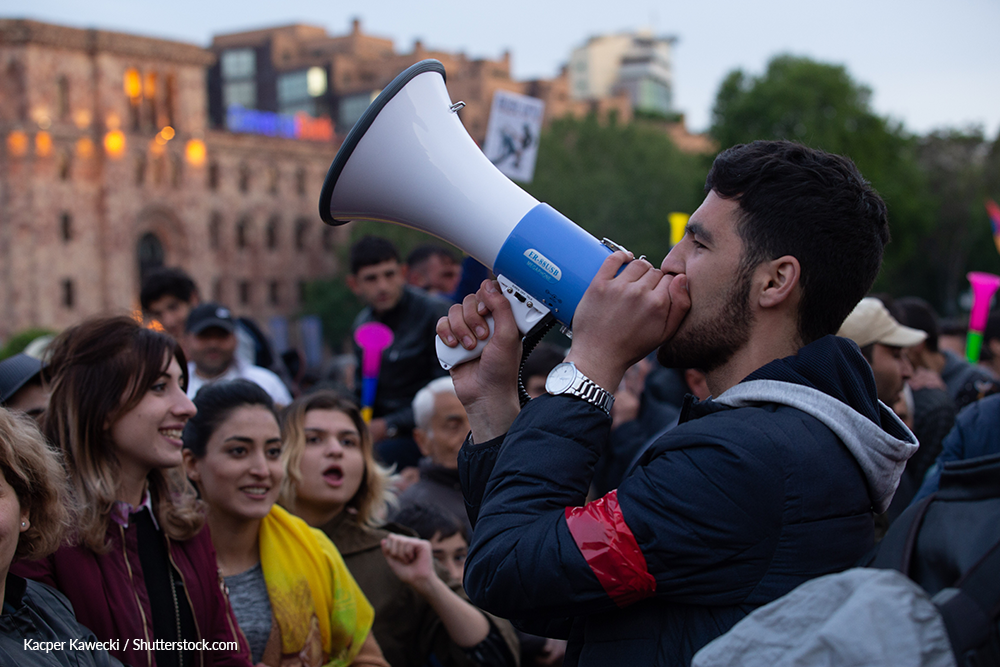 Violent protests against the government have been ongoing in Armenia for several weeks now. The protests have led to the resignation of the newly elected prime minister, in what the leader of the opposition has called another ‘velvet revolution’. The civil unrest first broke out in early April following the resignation of then Prime Minister Karen Karapetyan’s government. The resignation was accepted by the newly elected president, Armen Sarkissian – who obtained an overwhelming parliamentary majority to secure the largely ceremonial role. A new prime minister was then elected by the National Assembly, with Sarkissian’s predecessor, Serzh Sargsyan chosen to head the new Republican government. Sargsyan’s election sparked nationwide protests as tens of thousands of people gathered in the capital city of Yerevan to rally against him.